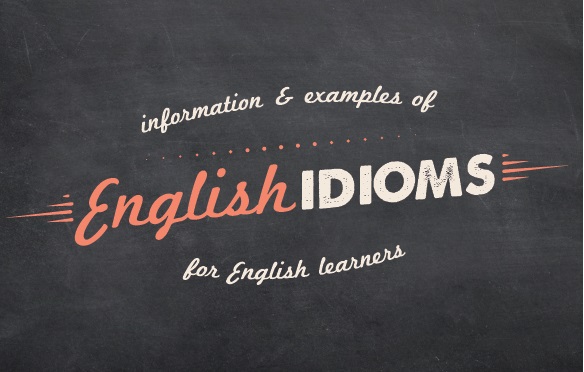 This list of English idioms begin with the letter C!

Note: Each idiomatic expression does not always start with the letter “C.” This list is organized to  include English idioms whose main subject or action word starts with the letter “C.” (The main word is written below in all capital letters. For example, CAKE:  Have your cake and eat it too).

have your cake and eat it too:  to do or have two desired things at the same time.

(something) takes the cake:  an extreme example of something.

icing on the cake:  an extra good thing in addition to something else.

call for (something):  to demand or require something.

call in sick:  to telephone one’s office or workplace to say you can’t come in because you are sick.

call it quits:  to stop doing something.

call off something (call something off):  to decide not to do a planned activity.

call on (someone):  to ask someone for help or to do something.

close call:  1) An event that almost happened;  2) A difficult decision or a result that’s hard to determine.

on call:  available and ready to work.

something to call your own:  something that you own.

too close to call:  something difficult to determine in advance (especially a competition or political race).

(open/open up) a can of worms:  a situation or issue that becomes even more complicated as you try to deal with it or solve the problem.

burn the candle at both ends:  to be exhausted and get very little sleep because one goes to sleep very late and wakes up very early and works a lot in between.

(sb/sth) can’t hold a candle to (sb/sth):  to not be as good in comparison to something else.

hold all the cards:  to be in complete control of something.

in the cards:  to be expected to happen.

play one’s cards right:  to do the correct things to get a desired result.

lay all your cards on the table:  explain everything that you know truthfully and completely.

someone couldn’t care less:  to not care about something.

take care (of yourself):  used in spoken English to say goodbye.

take care of (someone/something):  to handle a situation or be responsible for something or someone.

who cares?:  Used in spoken English to say you don’t care about something/are not interested in something because it’s not important.

carry on:  to continue doing something.

carry someone through (something):  to give support to something/someone so they can achieve a desired result.

get off someone’s case:  to stop criticizing or bothering someone.

in any case:  in whatever event happens or results.

in case:  if this situation happens.

in case of something:  if something that’s not expected happens.

just in case:  only in a particular situation that something happens.

on someone’s case: to repeatedly tell someone what to do or criticize them.

on the case:  doing the things that need to be done.

cat/cat's got someone’s tongue:  a situation where someone is not speaking or is having difficulty trying to say something.

let the cat out of the bag:  to tell something that is a secret.

raining cats and dogs:  to rain very hard without stopping.

while the cat's away the mice will play:  people will behave badly or as they like when a supervisor or other authority figure is not present.

catch someone off guard:  to surprise someone.

catch someone with their pants down:  1) to surprise someone in an embarrassing situation;  2) to find someone while they're doing something wrong.

catch up on something:  to complete things that you didn’t have time to finish before.

would not/never be caught dead:  to never do (or wear) something.

fat chance:  having little or no possibility of happening.

give half a chance:  to give someone an opportunity.

have a fighting chance:  to have a reasonable possibility or opportunity to do something.

not a chance/no chance:  not having any possibility.

on the off chance:  in the unlikely possibility.

stand a chance:  to have the possibility for something to happen or be successful.

take one’s chances:  to allow luck to decide on an outcome.

wake up and smell the coffee:  be more realistic about a situation, no matter how unpleasant it is.

crack someone up:  to make someone suddenly laugh a lot.

crack up:  to suddenly laugh a lot, to burst into laughter.

cry over spilled milk:  to be upset, worried or unhappy about something that cannot be changed.

as cool as a cucumber:  calm and relaxed (especially in a difficult or stressful situation).

More English idioms starting with the letter "C" will be added in the future so check back again soon or better yet, sign-up for my free newsletter so you can automatically know when there are new updates to my website.

Which are your favorite English idioms?

The best way to learn—and remember—English idioms is to practice using them. Which are your favorite expressions from the list? Write some practice sentences in your notebook.