Idiom: As cool as a cucumber 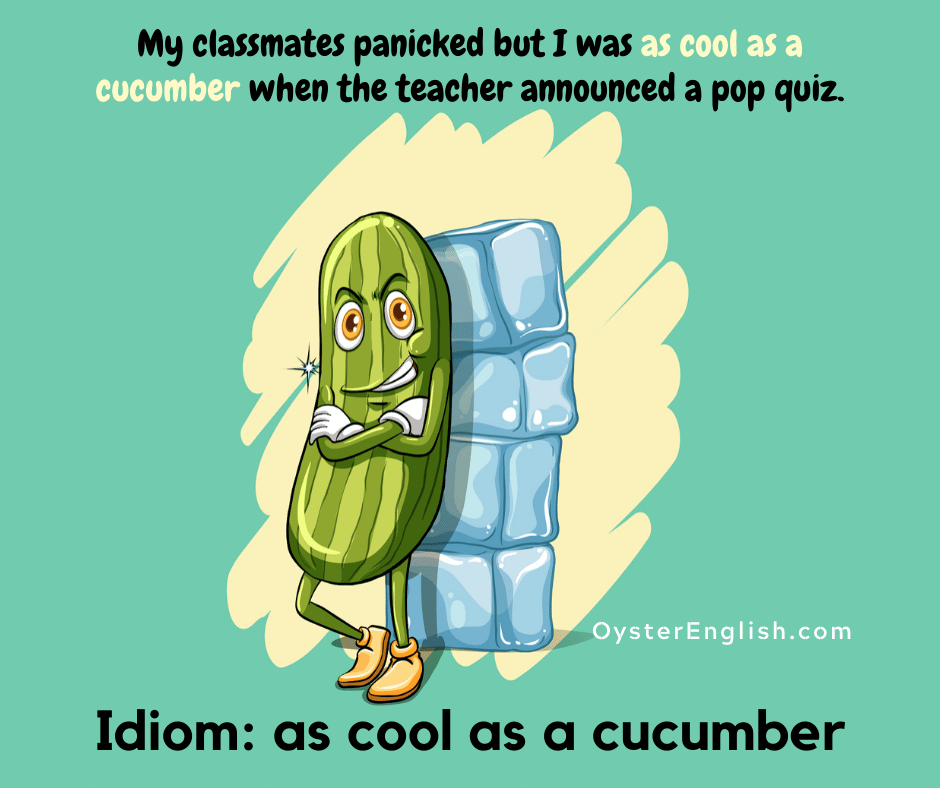 As cool as a cucumber (idiom)

A cucumber is standing in front of a tower of ice in the picture. What does this mean?

As cool as a cucumber:   calm and relaxed (especially in a difficult or stressful situation).

A cucumber grows on a plant. They are part of the same plant family as watermelon, squash and pumpkins.

The inside of a cucumber is a lot cooler (in temperature) than the air outside it. We often talk about people who are angry or upset as being hot—when you get angry your breathing increases, your body starts pumping more blood and the pressure rises and so on. When you're calm and relaxed your heart beats normally, you're not upset and you aren't worried. Since a cucumber is something that stays cool on the inside this is where the comparison (as cool as) came from. 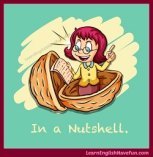 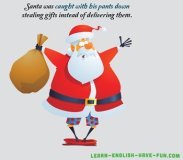 Did you like this idiom? If you want to know when I add new idioms to this website, be sure to sign-up for my free newsletter.