Idiom: a race against time 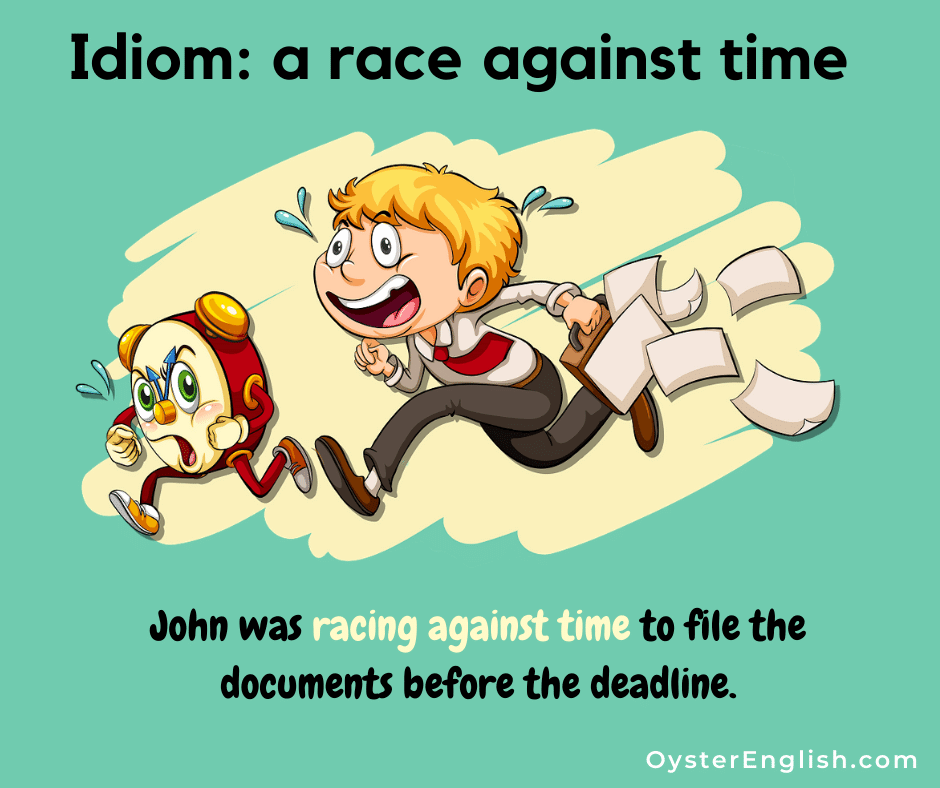 A race against time (idiom)

Can you understand the meaning of the idiom 'a race against time' by looking at the picture?

A race is when two or more things are competing against each other.

It's pretty easy to understand and very easy to remember if you picture the image above in your head. Now for some example sentences to make sure it's very clear.

If you found this idiom useful, sign-up for my free newsletter to learn about new idiom updates to my website and other news.