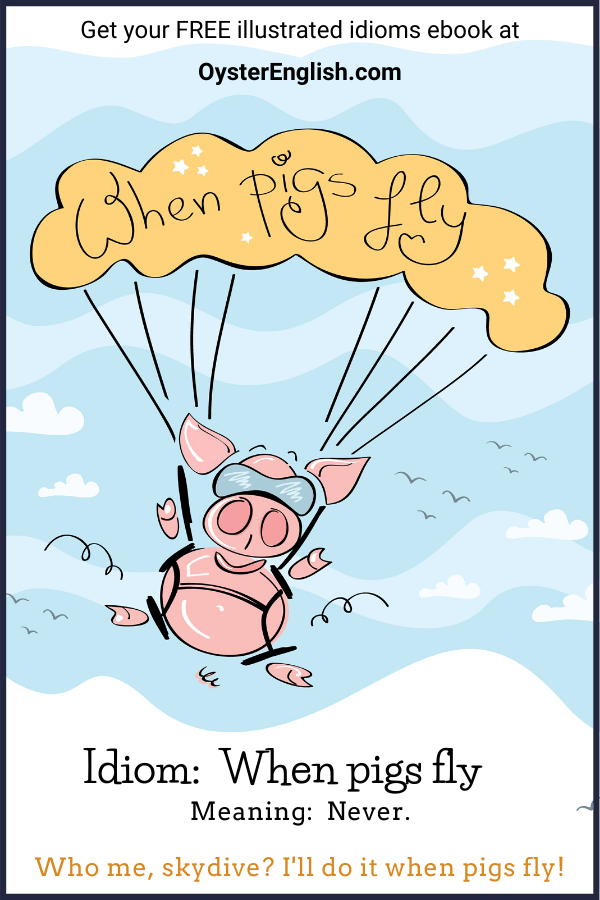 When pigs fly?  Ummm, when was the last time you saw a pig fly? That's right, never. Pigs don't have wings so they can't fly. It's not possible.

—  "Mom, do you think dad will let me drive his Mercedes sports can after I get my license?"    "When pigs fly!  You'll be lucky to be able to drive the Ford Escort."

—  I'll vote for Donald Trump for president when pigs fly!

—  "When will Steven propose to Cathy? They've been living together a long time."   "When pigs fly! You know he's gay and they're just roommates, right?"

—  When my boss asked me to make him coffee I told him it'd be ready when pigs fly.

—  I guess I can expect you to clean your room when pigs fly?

—  "Do you think I'll get promoted to the senior media associate position?"  "When pigs fly!  You'll have to get a degree in media relations and speak at least two languages fluently."

If you found this idiom useful, sign-up for my free newsletter to learn about new idiom updates to my website.