Idiom:  Head in the sand 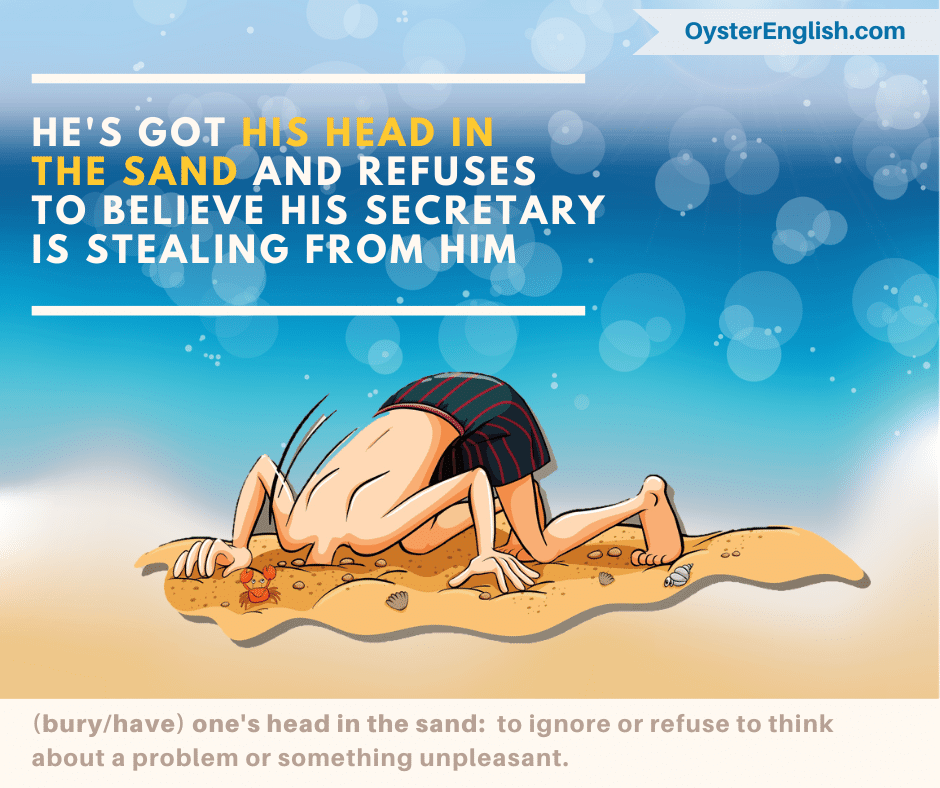 Look at the picture and try to guess the meaning of the idiom 'head in the sand.'  Hmmm, what could this idiom possibly mean?

(bury/have) one's head in the sand:  to ignore or refuse to think about a problem or something unpleasant.

It's a ridiculous idea and not true but we humans are also very dumb at times—especially when we try to pretend there isn't a problem when there is one.

—  I knew I needed to finish my paper before exams started but I just kept my head in the sand and now I won't have time to finish it before its due.

—  You've had your head in the sand about this marriage for two years and now I'm too tired to work on it. I want a divorce!

—  Everyday he throws his bills in a drawer in his desk—he's got his head completely buried in the sand but soon his credit history will be ruined.

—  Stop burying your head in the sand! Even if you don't tell your parents you're pregnant they're going to find out someday soon and then they'll really be mad!

—  My neighbor is showing the same old head-in-the-sand behavior about his yard as last summer and the grass is now almost two feet high!

—  You cannot keep your head buried in the sand for much longer—there isn't enough money in the account to pay our employees' salaries next month.

—  Everyone had their head in the sand about Sandy's binge drinking until she came to church and passed out in front of the whole congregation.

—  Here are three overdue bills! I can't believe you're burying your head in the sand again.

—  Her ex-boyfriend blocked her on Facebook a month ago but she has her head buried in the sand and refuses to stop calling him.

—  I developed a bad habit of burying my head in the sand regarding my finances and finally I had no choice but to file for bankruptcy.

—  He's got his head in the sand and refuses to fire his secretary who stealing from him.

—  When his wife left him for another man he buried his head in the sand and didn't remove his wedding band for three months.

—  Dad I'm begging you to stop burying your head in the sand!  That mole on your arm is growing and you need the doctor to have a look at it immediately! 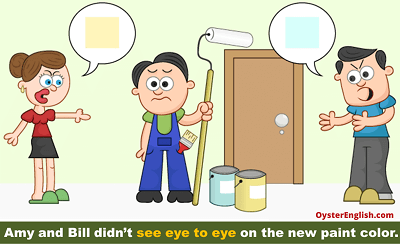 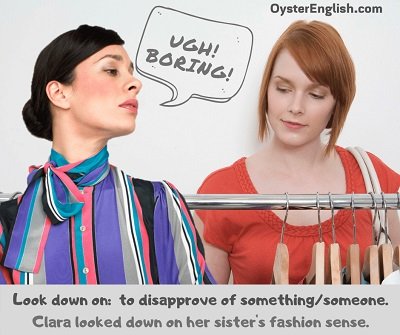 If you found this idiom useful, sign-up for my free newsletter to learn about new idioms I add to my site as well as other lessons and updates to my website.