Idiom: a wolf in sheep's clothing 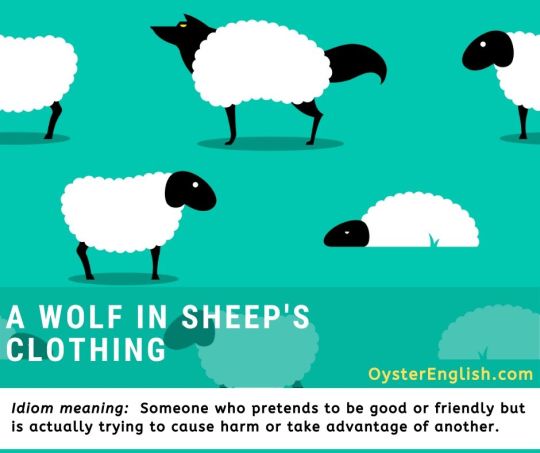 Look at the picture and try to guess the meaning of the idiom 'a wolf in sheep's clothing.'

A wolf in sheep's clothing:   Someone or something that pretends to be good or friendly but is actually trying to cause damage, harm or take advantage of you.

You're probably familiar with this idiom from ancient fables.  Aesop's fable tells about a wolf that dresses in the skin of a sheep in order to get near a flock of sheep (some of which he planned to kill and eat).

This idiom is most often used to talk about people but things can also be disguised to cause harm as well.

make something out of nothing 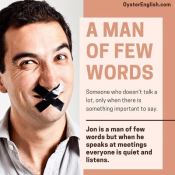 a man of few words

If you found this idiom useful, sign-up for my free newsletter to learn about new updates (e.g., idioms, lessons, blog posts) to my website.