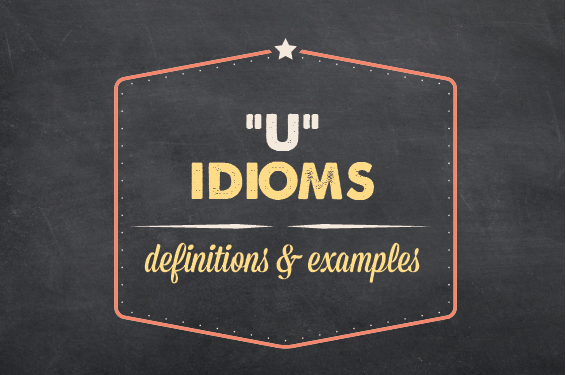 Before we get started, in case you forgot, an idiom is a group of words whose meaning is different from the individual words if you looked them up separately in the dictionary.

I always recommend that my students concentrate on understanding idioms rather than trying to use  them in their own speech at the beginning.

However, to become fluent in the language, eventually you will also want to be able to use them. You can practice by writing a sentence (or two!) in the comments because I am here to help correct any mistakes you might make. Okay? So... here's the list!

unaccustomed to someone/something:  not used to something.

under arrest:  when the police take someone into custody (arrests them) and takes them to the police station.

under certain circumstances:  in certain situations.

under scrutiny:  being closely watched, examined or investigated.

under construction:  being built.

under cover:  hidden and being done secretly (especially used with police and law enforcement).

under fire:  being attacked by firearms or words.

under oath:  having made a formal promise or taken an oath to say the truth.

under one’s belt:  having the experience of doing something.

under one’s nose:  something easily seen or found.

under pressure:  experiencing a lot of stress and anxiety.

under the influence (of someone or something):  experiencing the effects of drugs, alcohol or the control of a powerful person.

under the table:  in secret (often doing something illegal).

under the weather:  feeling sick, especially sick with the flu or a common cold.

until all hours:  until very late.

until hell freezes over:  forever.

until someone is blue in the face:  talking for a very long time.

in unison:  together at the same time.

do the unthinkable:  to do something that’s not expected.

not up to something:  don’t feel like doing something.

up against someone/something:  in opposition with someone / something.

up and around/about:  out of bed after illness and moving again.

up and coming:  newly starting to be popular or successful.

up and running:  functioning, working properly.

up for grabs:  possible for anyone to have.

up front:  clear and honest about something.

up in the air:  not decided about something, unsettled.

up in years:  old, elderly.

up one’s alley:  an activity someone likes and is good at.

up the creek:  in trouble or a difficult situation.

up to someone:  to be responsible for doing something.

up to something:  secretly doing or planning something.

up-to-date:  to the latest standards.﻿

up to it:  having the desire, interest or capability to do something.

up to no good:  doing something wrong or bad. 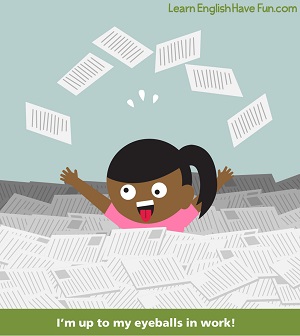 up to one’s eyeballs:  a lot of something undesirable.

up-to-the-minute:  the most recent or latest.

up until:  until, to a certain time.

have the upper hand:  having power, control or advantage.

upside down:  with the top side facing downward;  changing something completely.

be uptight:  worried and anxious.

use every trick in the book:  try everything or every possible method.

it’s no use/there’s no use:  there’s no reason to do or try something.

use up:  to finish all of something until nothing remains.

used to (do something):  had the habit of doing something in the past.

used to (doing) something:  familiar with something;  accustomed to something.

as usual:  as expected, as normally happens.

Have you signed-up for my free newsletter? It's a great way to learn of new vocabulary and idioms.

You can also find many idiom definitions with online learner's dictionaries.