Idiom: To score something 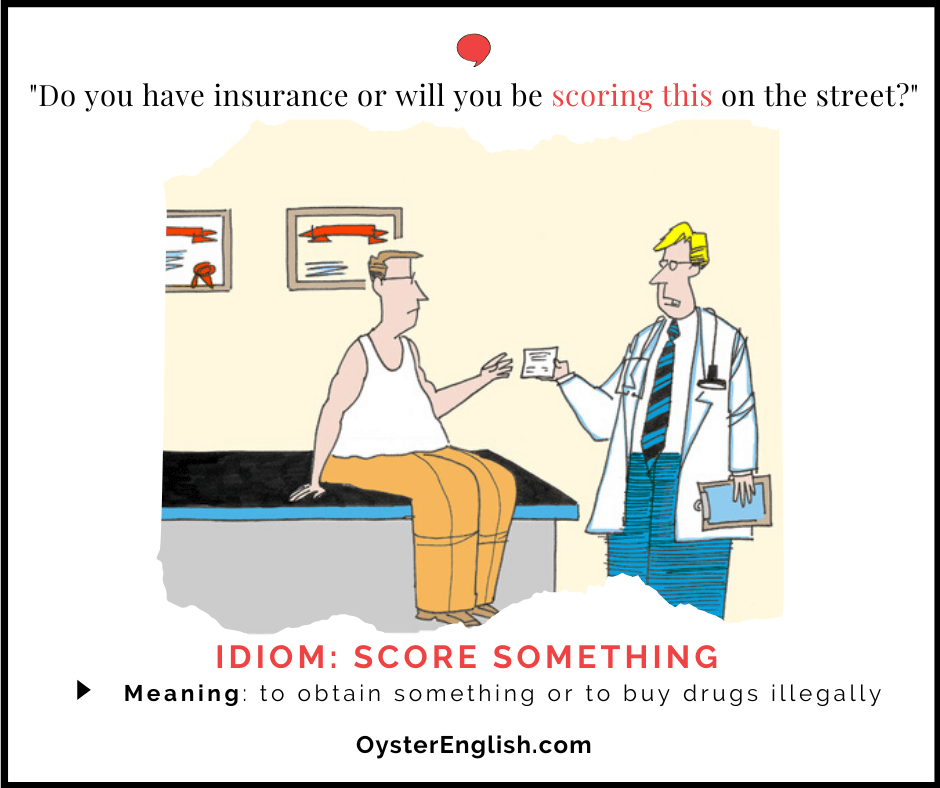 We often use the phrase to talk about gaining points or goals in a competitive sports activity. This is very common in every day speech.

We also use this idiom to talk about obtaining a wide variety of things. In this sense, the person often seems to be savvy or resourceful in being able to obtain the object or thing.

Finally, we use the phrase to talk about obtaining drugs—usually illegal drugs.

*    In the comic above, the doctor asks the patient if he has insurance. In the United States, many people do not have health insurance or prescription drug insurance.

So, the doctor is saying that if the patient has insurance, he will write out a prescription for him to take to a pharmacy (and his insurance will pay for it).

If he doesn't have insurance, the doctor is asking if he'll be obtaining it on the street (from someone selling the drug illegally—where it will likely be cheaper if he can get it).

It's a funny, but very sad comic.

Many people in this country are in a difficult position when they have health problems because they do not have insurance and do not have the money for healthcare or prescription medications.

— The visiting team scored 50 points in the final 20 minutes and won the game.

— The Washington Redskins just scored a touchdown and tied the game with a minute left.

— My daughter scored both goals so we are very proud of her.

— You'll have to score at least 6.0 on the IELTS exam to attend that university.

— I cannot believe you scored tickets to see One Direction!

— Would you believe I scored an interview with the newest Victoria's Secret model?

— They said there was something in the cocaine she scored that caused the heart attack.

— Did you know that in 1962, NBA basketball player Wilt Chamberlain scored 100 points in a single game?

— I've reserved a room in a hotel but I really hope to score an apartment within the first month after I move to San Francisco.

— My boyfriend used to drive all the way to the bad part of the city to score coke and marijuana but he got arrested a month ago and now his parents won't let him drive at all.