Gobble up these Thanksgiving idioms

Let's learn 10 Thanksgiving idioms. Most of these expressions are related to an activity we often do at holidays:  eating!  Some of the delicious foods we eat during the Thanksgiving holiday are pie, turkey, stuffing and gravy. 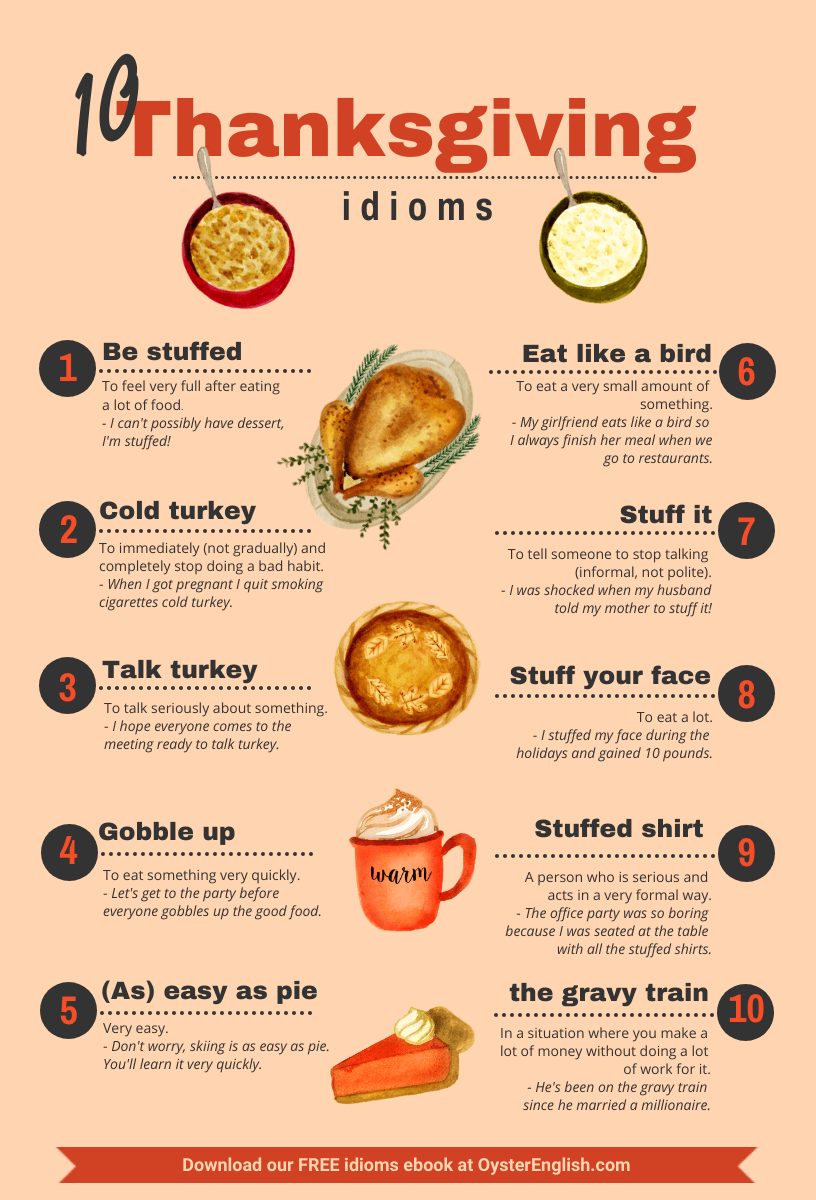 Foods we eat during Thanksgiving

Usually turkey is the main dish served at Thanksgiving. However, some people prefer to have ham or a vegetarian main dish—there is no official rule so you can eat whatever you want. The meal is served with many different side dishes (also called trimmings). Some of the traditional dishes include:

For dessert, pie is a popular choice. Here are some of the most popular types:

In the info-graphic, we have several expressions related to the verb "stuff."

To stuff, is to fill something up completely.

When someone says they're stuffed, they are saying their stomach feels like it is filled completely and there isn't any room for something else. When you're stuffed it's sort of an uncomfortable feeling. People often loosen their clothes or changing into more comfortable after eating this much.

The food dish we call stuffing is a a mixture of bread crumbs, vegetables, and butter that is usually stuffed inside the cavity of a turkey and then both are cooked together. The dish "stuffing" is often called "dressing" as well. You can use either word. [Note: this is different from salad dressing, which we use to flavor salads] 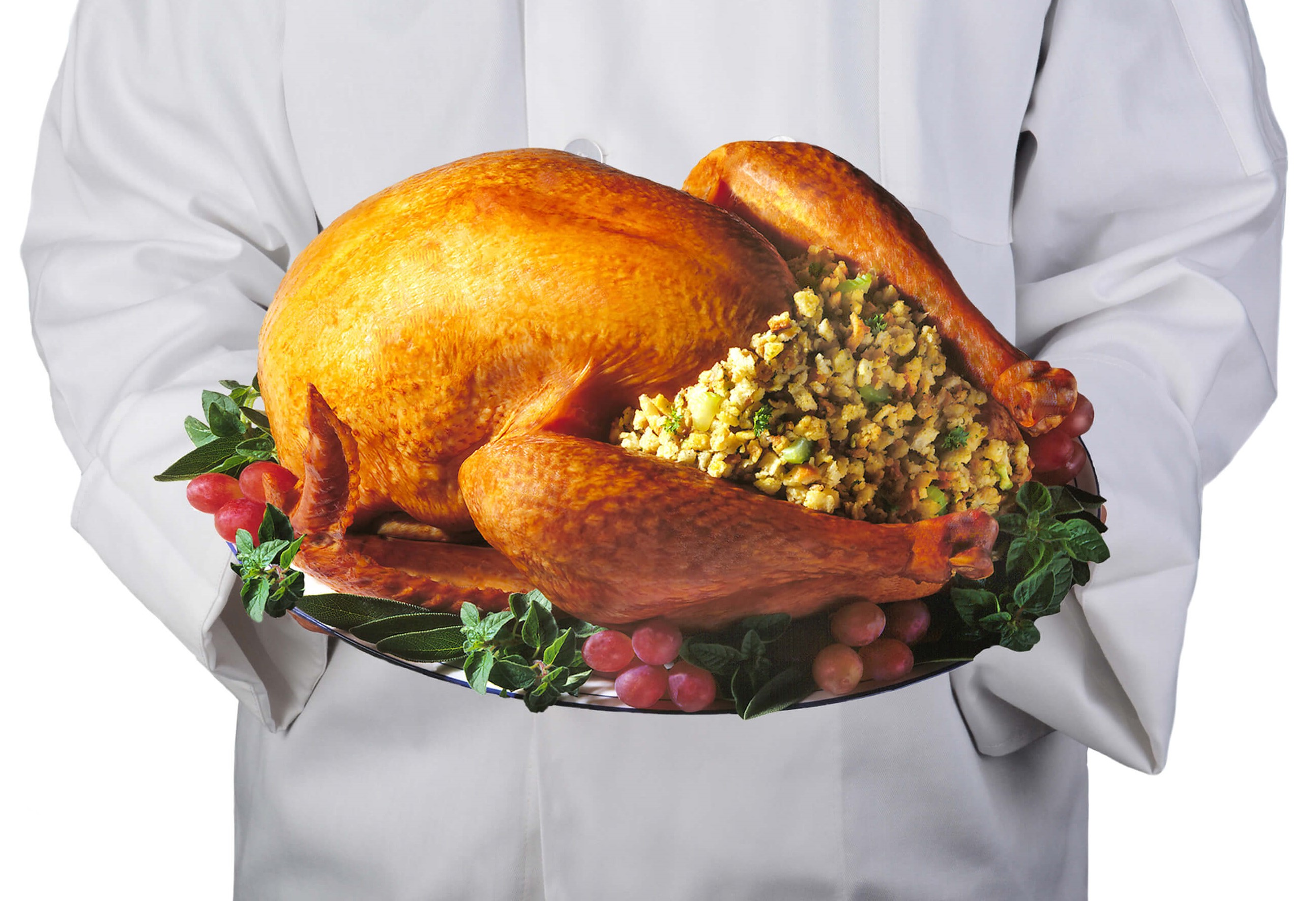 Gobble is a verb that means to eat something quickly and noisily.

In English, we say that the sound a turkey makes is "gobble gobble."  You can hear the sound at this link. It sounds like the turkey is gurgling something in it's throat.

It's interesting that the sounds animals make are different in various languages. What do you call the sound a turkey makes in your language?

Learn about the First Thanksgiving in America

I've also written a long article about the first Thanksgiving, click here to read it. There is also an audio recording to help you practice your listening skills.