Idiom:  that ship has sailed 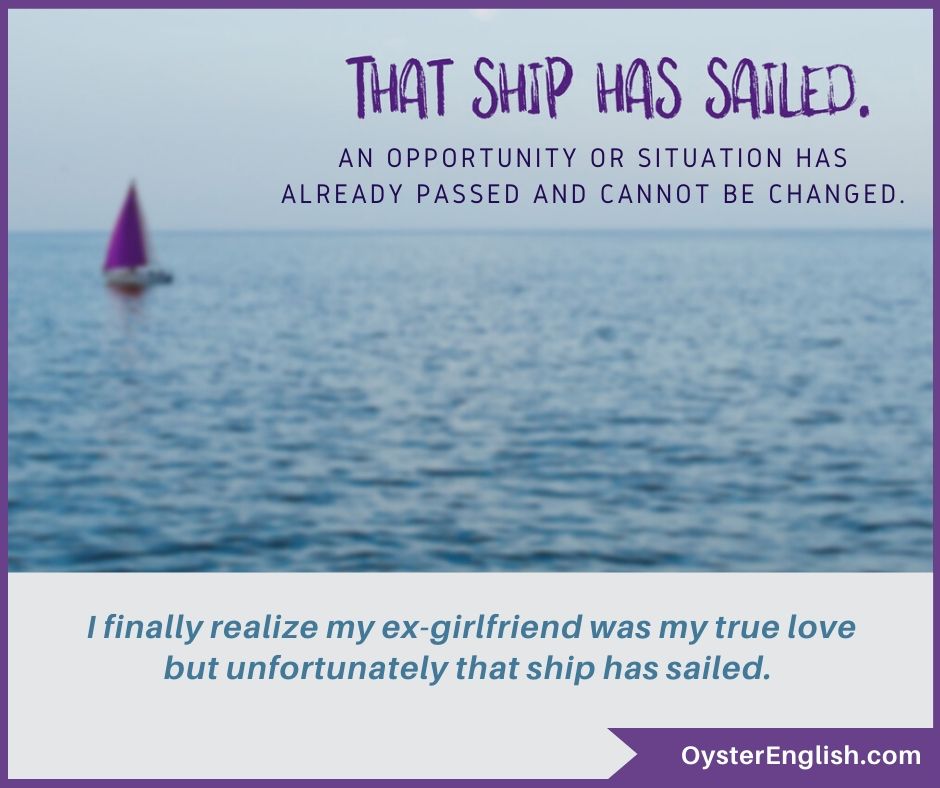 Idiom:  that ship has sailed

Grammar note:  Notice that the present perfect is used in this idiom "that ship has sailed" and not the simple past "that ship sailed."

Let's analyze the example sentence in the picture:  "I finally realize my ex-girlfriend was my true love but unfortunately that ship has sailed."

So we can see that the event happened in the past (the couple broke up). However, we are focusing on what that means for the person right now. The person is not only no longer with his ex-girlfriend but the impact today is that he realizes she was his true love and now he is filled with regret. He didn't value her the way he should have before but something happened since they broke up that helped him understand that she was his true or perfect love. But it is too late. For example, perhaps she does not want to be with him now or maybe he married someone else.