Idiom:  off the air

Idiom:  off the air

— The television announcers seemed to be happy colleagues but off the air they were bitter enemies.

— My favorite show went off the air last week so I need to find a new television series to watch on Thursday evenings.

— Unfortunately, the reporter thought she was off the air when she started swearing but the cameras were still rolling and she was fired the next day.

— I can't wait until reality television is taken off the air—the shows keep getting worse and worse.

— There's a lot that happens behind the scenes when the news is off the air during commercials.

— Saturday Night Live is off the air for the summer but it's easy to catch up on reruns on YouTube.

— Viewers called on companies to pull their commercials from the controversial show in an effort to force the television network to take it off the air.

— Roseanne Barr's sitcom return to television after almost two decades, but after just a few episodes it's off the air again because of her racist tweets on Twitter. 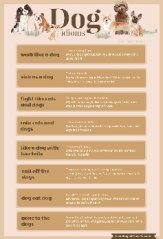