These seven smoking and smoke idioms are all very common in English.

Firstly, what is smoke? Smoke is the cloudy gray or black mixture of air and carbon that comes out of something that is burning or smoldering.

One characteristics of smoke is that it is difficult to see through because it's cloudy and this meaning is reflected in several of these smoke idiom examples.

In case you have forgotten what idioms are, you will find this infographic very helpful. In short, idioms are expressions for a group of words that all together have a fixed or set meaning. This meaning is different than if you looked up the words separately in the dictionary. 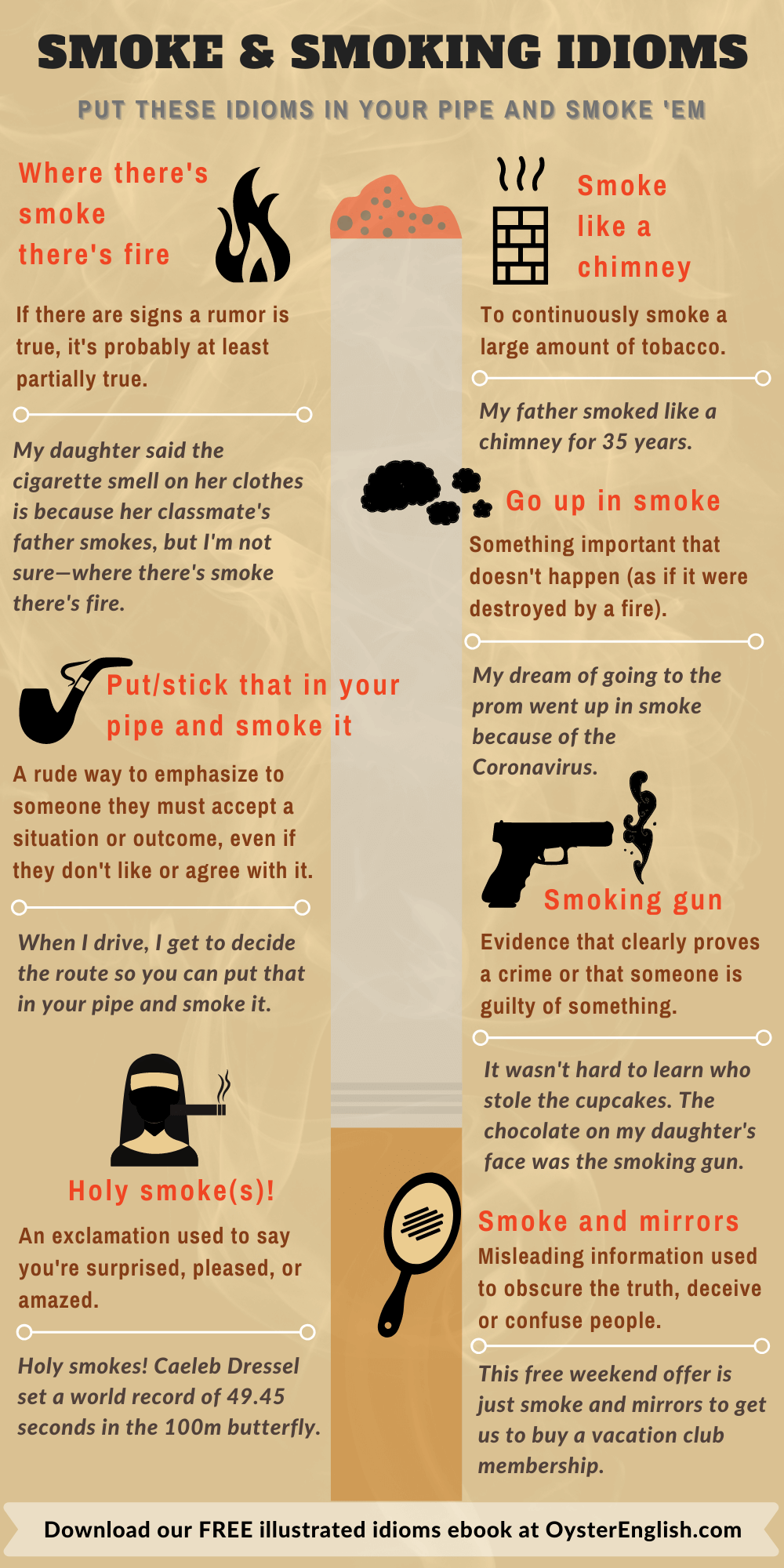 It's always helpful to read a few example sentences when you learn a new idiom. It really helps to see the idiom in context.

where there's smoke there's fire:  If there are signs a rumor is true, it's probably at least partially true.

put/stick that in your pipe and smoke it:  A rude way to emphasize to someone they must accept a situation or outcome, even if they don't like or agree with it.

holy smoke(s)!:  An exclamation used to say you're surprised, pleased, or amazed.

smoke like a chimney:  to continuously smoke a large amount of tobacco.

go up in smoke:  something important that doesn't happen (as if it were destroyed by a fire).

smoking gun:  evidence that clearly proves a crime or that someone is guilty of something.

Want to learn more idioms? Signup for my newsletter and receive free lessons, English study advice and information to take your English to the next level.