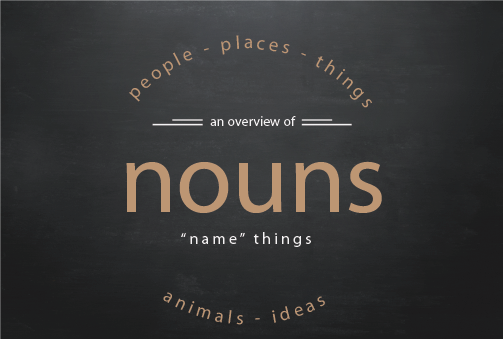 Let’s learn about nouns and how to use them correctly with fun exercises.

A noun is a word which names a person, place, thing, animal or idea.

Here are a few examples: 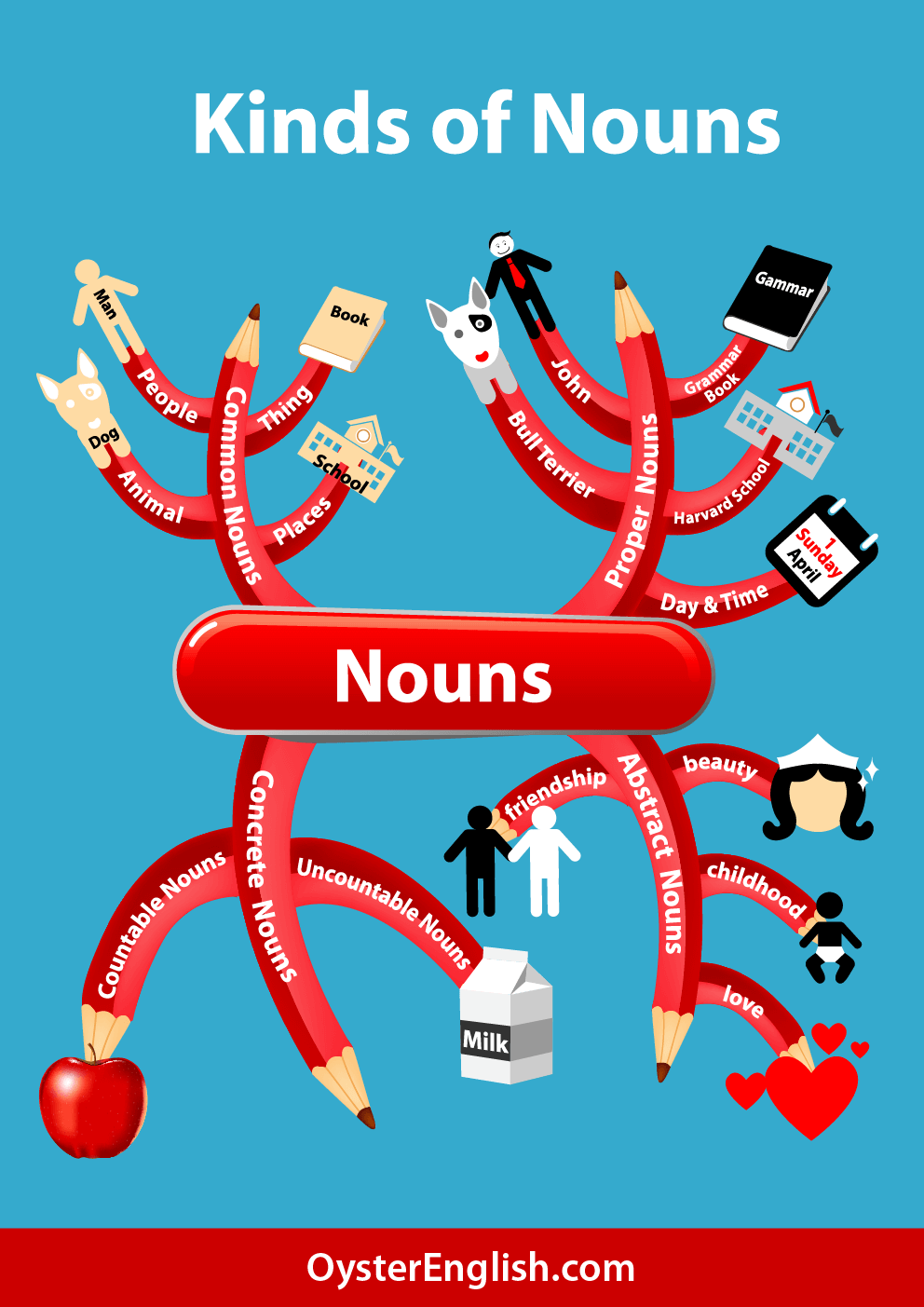 * Important * - A noun will fit into several of these categories, not just one. [e.g., book is a common, concrete, countable, singular noun]

All nouns are either common or proper.

Abstract nouns name something you cannot see or touch. They're harder to define and name things that are related to ideas, feelings and time.

Concrete nouns name things that you can physically touch or see.

All common nouns can either be counted with numbers or they cannot be counted.

Countable nouns can be easily counted.

Uncountable nouns are difficult to count or divide into separate parts because they:

To make things a little complicated, some nouns can be both countable or uncountable. It depends on the meaning you are trying to convey. For example:

Click here for more information about countable and uncountable nouns.

There are regular and irregular plural nouns. Most nouns have a distinct (different) singular and plural form, however some nouns do not have a plural form.

Since there are several different rules and exceptions, for more information about plural nouns click here. (I've included lots of examples on the linked page.)

Collective nouns are made of more than one word which describe a group of people or things as one unit.  Think of it as a collection of things together.

Compound nouns are made up of two or more words.

Possessive nouns show ownership or possession (something belongs to the noun). For example:

To make a singular noun a possessive noun, add an apostrophe ( ' ) plus an -s:

To make a plural noun a possessive noun you must look at the last letter of the word:

It is good to know a little bit about how nouns can be used in sentences. Nouns are one of the eight parts of speech in English and in any sentence they can do different jobs. Nouns can be:

Subjects:  A noun can be the subject of a sentence or clause, describing whom or what the sentence is about.

Predicate nominative:  A noun can rename the subject by completing a linking verb.

Direct objects:  A noun can receive the action of a verb.