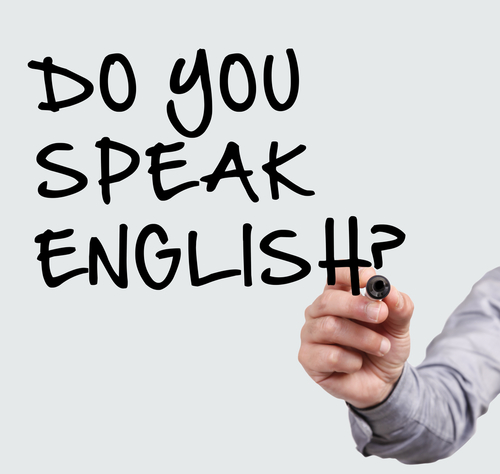 Why learn English when it’s so difficult and time-consuming? When other languages (e.g., Chinese) are spoken by billions of other people? When you don’t live in an English-speaking country?

These 10 very important reasons will help explain the reasons mastering English is still a very valuable investment of your time, energy and resources.

1. First, this global language lets you communicate with others

You already know that English will be helpful for you to communicate with someone from the United States, Great Britain, Australia or Canada, but that’s just a small percentage of the people who speak English.

There are actually more people who speak English as a second language than all mother-tongue English speakers combined. 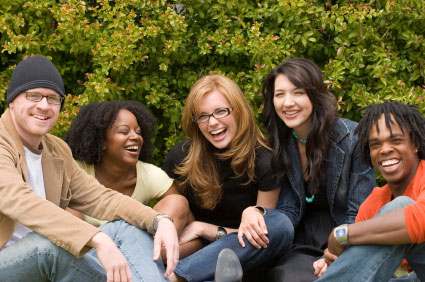 If three people from Mexico, Thailand and Lebanon meet in a bar, what language will they most likely communicate in? It's probably not going to be Chinese. Chances are much more likely they will speak in English. It is estimated that more than 1.4 billion people speak English as a second language.

English is like a key or special currency. It unlocks the doors all over the world so you can communicate with people from all different countries.

2. Why learn English? It's entertaining!

There are more movies, films and books written in English than in other languages. Although some of these works are translated, dubbed or subtitled, many are not or there is quite a delay with the translation. If you can speak English, you get to enjoy the latest releases before they are translated.

Like listening to English music? In terms of popular music, music from British and American musicians and bands are frequently broadcast around the world.  It’s a lot more entertaining and fun when you can also understand the meaning of the lyrics and cultural references in the songs.

English opens up a world of fun and entertainment to those who can understand it, and who doesn’t want more enjoyment in their life?

Language and culture are closely related and learning English will help you to also learn about the culture of the countries where English is spoken. According to Wikipedia, as of 2012, English is the official language of 88 sovereign and non-sovereign states. English is spoken in this is largely a result of so many of these countries as a result of Great Britain’s colonial expansion between the late 16th and early 18th centuries.

Language can help open peoples’ personal horizons. It can help people become closer by allowing them to interact, get to know one another and learn about their cultural differences and different ways of living. This can help make the world a better place, where people can better understand and respect the differences among others.

4. Why learn English? To travel the world 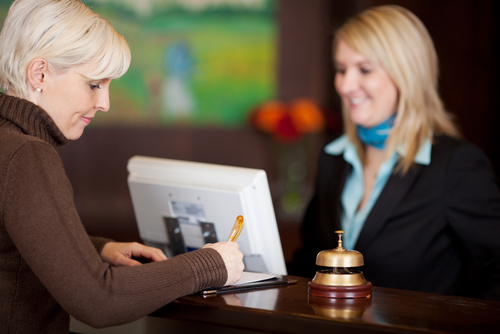 English is predominately the language used for international travel. It will be very useful if you wish to visit the United States, Great Britain, Canada, New Zealand, South Africa and other English-speaking countries. That’s not all. As noted above, English is spoken by many people as a first or second language all over the world. So no matter where you travel—even to non-English speaking countries—it is highly likely that some of the locals will speak English.

At airports, train stations, hotels, restaurants and tourist attractions, safety information and instructions are commonly provided in English. So if you don’t speak the local language you will be able to get around and learn about the historical and cultural sites you see during your travels. You will also feel safer and more confident knowing English if you don’t know the local language.

Not only will English help you get around but it will also make it easier for you to interact with other travelers. This can make traveling more enjoyable and rewarding.

Employment is another reason why you should learn the language. English remains the single most important language for conducting business. If you’re looking for a good job, it is likely that speaking English will greatly improve your chances for employment.

Within multinational companies and between international companies, memos, emails, business meetings and phone calls will frequently be conducted in English. If you are looking for a career in the medical sciences, computer science, and technology fields, English is indispensable.

English is also an official working language for many international organizations such as the United Nations, European Union, NATO and the World Bank.

6. Moolah (why learning English is golden) 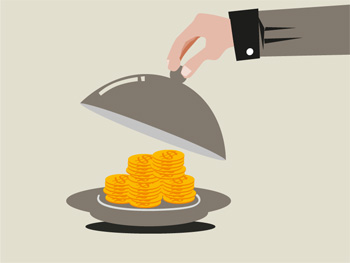 Not only can English help you get a job, it can help you get a better salary compared to if you cannot speak the language. Workers who speak English can bring in more business and communicate with more clients and customers. Who doesn’t want to make more money? And, if you don't care about the money, give it to charity ;)

7. Why learn English?  Get endless access to free Information

In the information age, knowing English will allow you to access vast amounts of information through the Internet, at absolutely no charge! According to a 2013 study by W3Techs, almost 55% of the websites that are visited the most are in the English language. In addition, it is estimated that 36% of the internet’s 200 million users can communicate in English. In terms of volume, there are more web pages in English than any other language. You will have countless opportunities to obtain free information on a multitude of different topics. 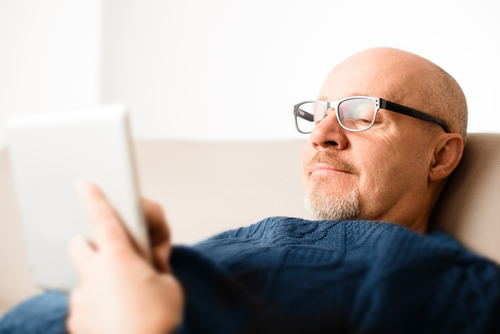 The United States alone has approximately 4,495 universities where students can study and there are many other universities in other English-speaking countries. Knowing how to speak English opens the door for students to study abroad, either to get a degree, do research or study even just for a semester.

Looking for new friends? English is a great way to meet new people, especially those from other countries. The internet has opened a world of opportunities to get to know people all over the world. It’s easy to meet and develop friendships with new friends by chatting or doing language exchanges or simply leaving comments on your favorite blogs. 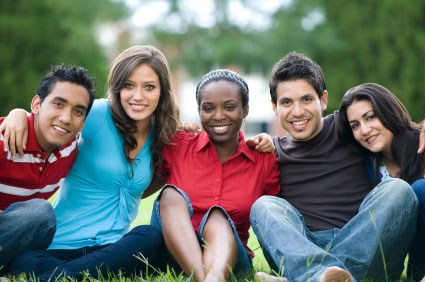 Many people who speak different languages have found the love of their lives and life-long friends through English. Who knows, it could happen to you too!

10. Finally, if you learn don't forget to pay it forward

Once you learn English, you will have a valuable ability that you can use to help others. For example, if you have children, you will be able to practice the language with them or help them with their homework.

Return to homepage from Why Learn English page.