Learn the Past Simple Tense 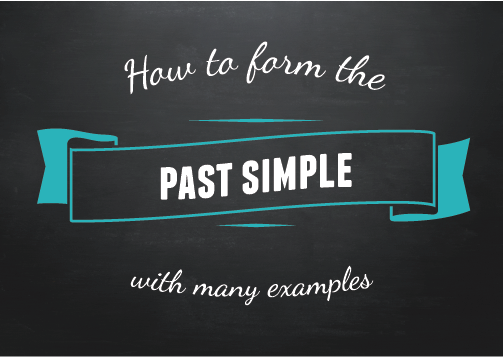 Let's learn how to form  the past simple tense (also called the simple past tense).

First we'll look at the important verb "to be" and then we'll learn how to form the tense with other verbs. We'll learn how to make positive and negative forms, short forms (contractions) and questions.

[Note: Click here to learn how to use the past simple.]

Past simple with the verb "be"

We use the verb "to be" in the simple past with either a noun, adjective or prepositional phrase:

This chart shows the form of the verb "to be" in the positive (affirmative) form: 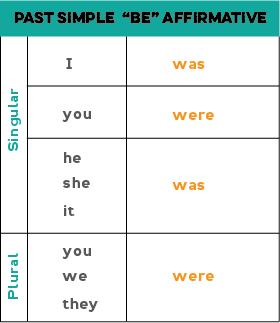 Yes/no questions with verb "be" 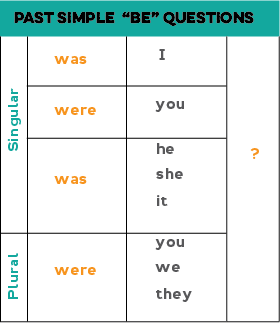 Questions that can be answered with "yes" or "no" answers are formed by inverting the subject and "was" or "were". Inverting simply means we change the order of the subject and verb form:

Affirmative statement:  I was late. (the subject "I" is first, then the verb form "was")

Affirmative question:  Was I late?  (to make a question, the verb form "was" comes first then the subject "I").

Yes / no questions answers with "be" 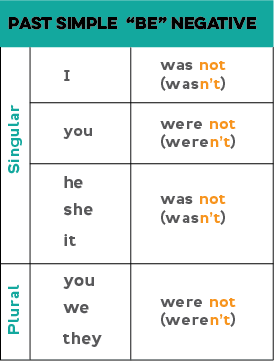 We can answer yes / no questions with the verb "be" using a full or a shorter answer. We can use contractions (wasn't / weren't) with negative answers.

Were you late for class?

Wh- questions past simple with "to be" 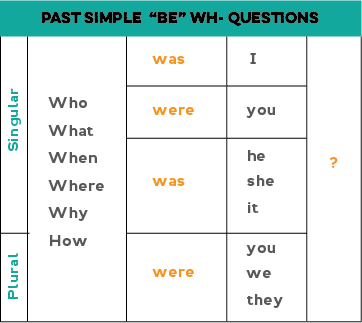 Past simple with other verbs

To form the past simple tense with other verbs add "ed" to the infinitive form of the verb. We use the same form for each subject (e.g., I, you, he). It's easy! 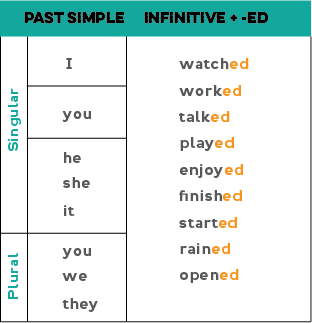 There are many irregular verbs in the past simple.

Unfortunately, you have to memorize them. Here are many more examples:

Spelling changes with past simple

There are also some spelling changes with this tense:

3. Double the final consonant after a short stressed vowel if the verb ends in a CVC (consonant vowel consonant)*:

*except CVC endings with w, x, or y

Negative form of the past simple 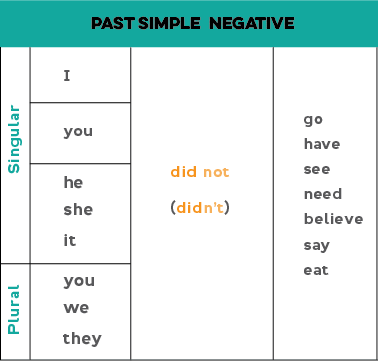 For the negative, we add did not (or didn't) for all subject forms and the infinitive.

Carefully note that we just add "did not" or "didn't" plus the infinitive so there are no irregular negative  past forms.

Yes / No questions with the past simple 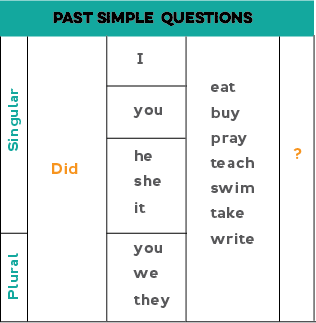 Wh- questions with the past simple 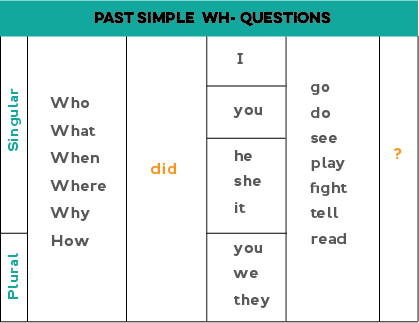 Notice the word order. The wh- question word comes before "did" and then the infinitive.

Are you ready for a short quiz? Click the "start" button below to begin.

Whew!  We covered a lot of information on this page.

Click here to learn when to USE the past simple.